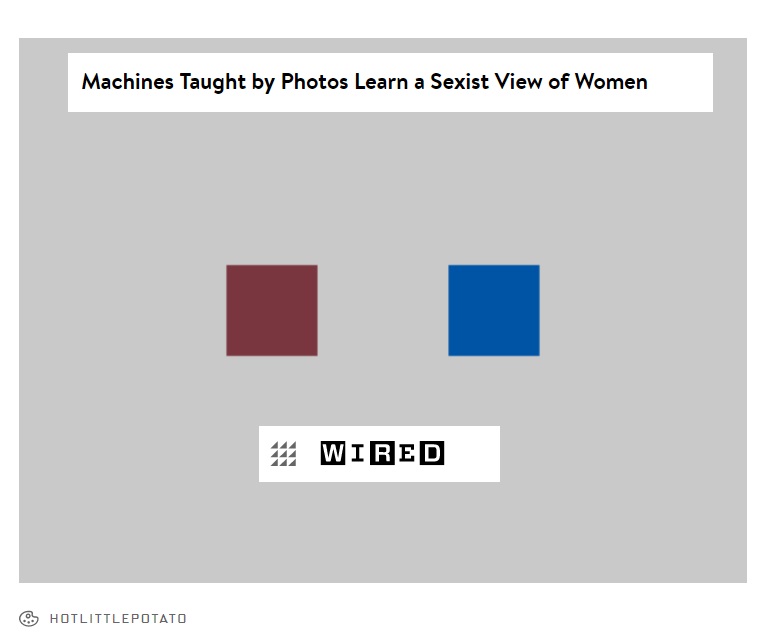 The technology publication, WIRED, just published results of a study affirming what the new edition of Interpersonal Divide in the Age of the Machine warns against: institutional (in this case, digital) bias that only amplifies existing stereotypes.

According to WIRED, two “prominent research-image collections—including one supported by Microsoft and Facebook—display a predictable gender bias in their depiction of activities such as cooking and sports. Images of shopping and washing are linked to women, for example, while coaching and shooting are tied to men.”

This is nothing new. The discovery of “algorithmic racism” is covered extensively in Interpersonal Divide. Here’s an excerpt from the book published by Oxford University Press:

If you believe that institutional racism exists, that systems and organizations over time believe falsehoods about under-represented groups, then imagine the long-term consequences if such bias is coded in and programmed into machines. For instance, if machines compile data suggesting that a certain race, gender and age of people living in a given location may have a higher inclination for wrongdoing, and that person happens to wander into a wealthier section of the neighborhood, merchants equipped with apps might be prone to mistake innocent shoppers for potential shoplifters, depriving them of service or worse, accusing them of crimes.

Interpersonal Divide documents algorithmic racism across digital platforms and datasets, including decisions associated with social justice, such as determining whether inmates should be granted parole. (Penal boards in half the states use algorithms in parole hearings.)

Once again, as it did in the first edition published in 2005 by Oxford University Press, Interpersonal Divide is challenging the widespread but dubious belief in technology as liberating. In fact, the new edition asserts that “data science” is not science at all but a mirror of what society believes to be true at a given time in culture and place. (We used to call that “social mores,” as in women belong in the kitchen–something the WIRED article about algorithms seems to affirm.)

In the age of machines, “place” also includes “cyberspace,” as in the UVA study referenced above that “discovered” bias about women in consumer platforms associated with Facebook and Microsoft.

As the WIRED article attests, “As AI-based systems take on more complex tasks, the stakes will become higher. ”

Tell that to inmates and under-represented groups depicted in news and digital media photos in stereotypical ways associated with social mores replete with bias, racism and sexism through the literary era to present day.

To order a copy of Interpersonal Divide in the Age of the  Machine, $19.95, click here.