In his 1995 book, being digital, Nicholas Negroponte described the nature of technology, re-defining place, time and “mediumlessness.”

He noted the post information age removed the limitations of geography (there is no “there” there) and foresaw “Being Asynchronous,” removing the limitations of linear time so we could be at several virtual places at once, digitally.

He also spoke about “Mediumlessness,” of the ability of technology to morph into several platforms seamlessly.

All too often, these attributes end up being used for entertainment rather than information, as the illustration below indicates. 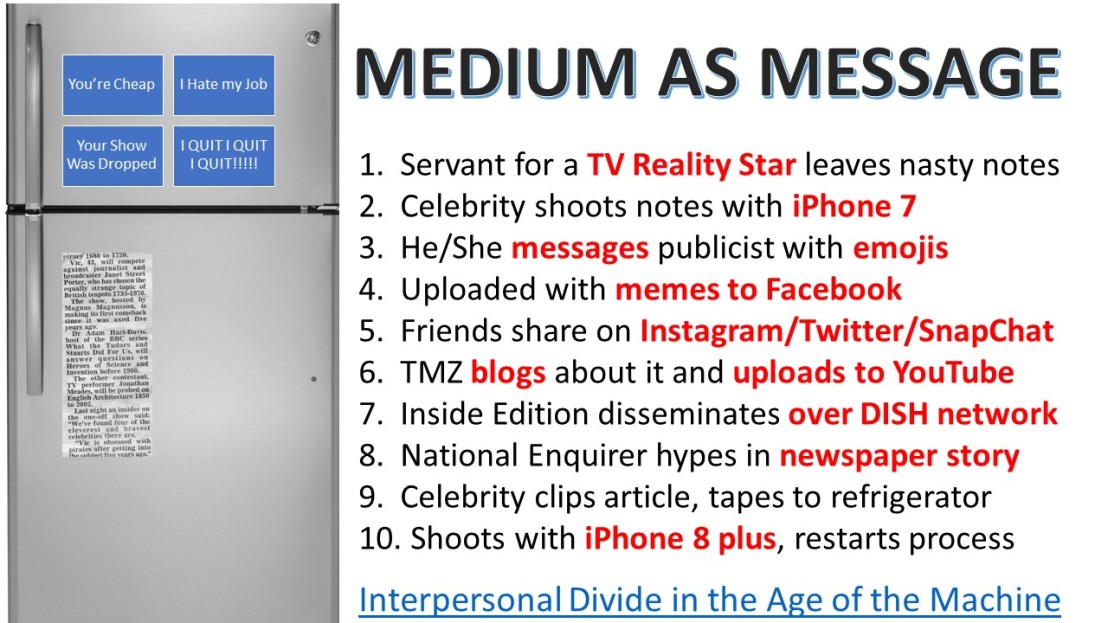