New study of 16,000 Twitter users reveals less use of bogus content on the portal than anticipated with the majority of those spreading fake news finds tending to be older and politically conservative. 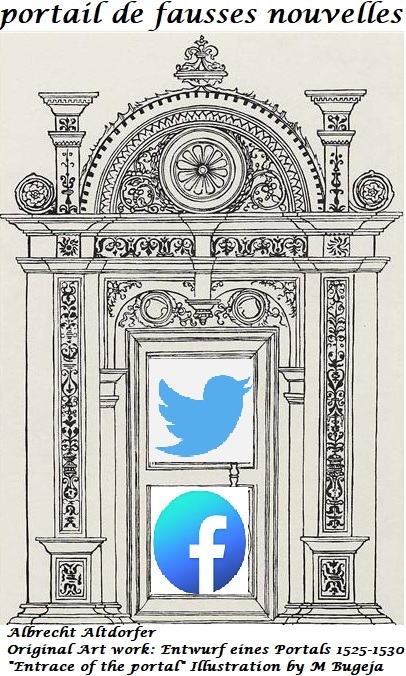 A team led by David Lazer, a political scientist at Northeastern University, analyzed tweets from 16,442 registered voters who used Twitter during the 2016 election.

According to the report in Science,

One of the most popular sources of misinformation identified by the study is a site called “The Gateway Pundit,” which published false headlines including: “Anti-Trump Protesters Bused Into Austin, Chicago” and “Did a Woman Say the Washington Post Offered Her $1,000 to Accuse Roy Moore of Sexual Abuse?”

The Gateway Pundit is one of several sites identified as fake news sites. Here is a list of such sites compiled by Snopes (warning: images on this page and links to fake news reports are disturbing; please do not access if you feel content will offend you.)

The Northeastern University study comes on the heels of another concerning fake news on Facebook.

A Marketwatch report found similarities between the two studies, stating the spread of false information on Facebook found “few people shared fakery, but those who did were more likely to be over 65 and conservatives.”

Interpersonal Divide in the Age of the Machine contains information in several chapters associated with social media use and how it influences our thoughts, words and deeds at home, school and work.

Michael Bugeja, author of the guide and Interpersonal Divide, asks social media users to think like a journalist, adopting these four traits:

1. Doubt — a healthy skepticism that questions everything.
2. Detect — a “nose for news” and relentless pursuit of the truth.
3. Discern — a priority for fairness, balance and objectivity in reporting.
4. Demand — a focus on free access to information and freedom of speech, press, religion, assembly and petition.

A recent op-ed by Bugeja in the Des Moines Register also documents how fake news taints the journalism profession because users do not distinguish between journalism and media.